Things to Avoid When Writing a Fantasy Fiction Novel 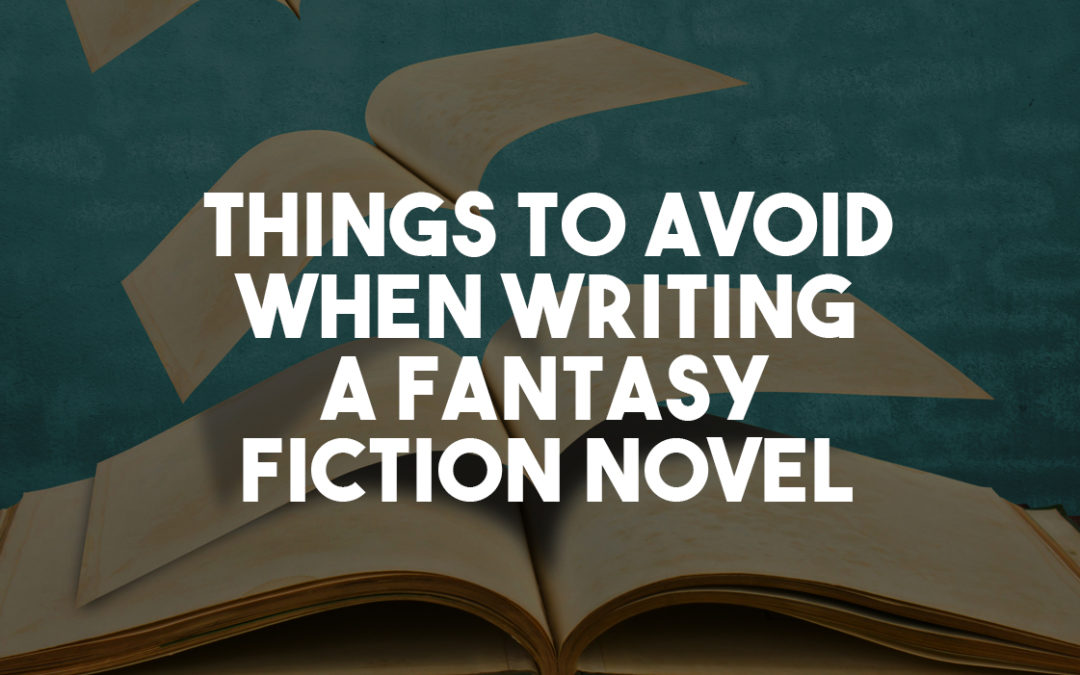 Things to Avoid When Writing a Fantasy Fiction Novel

Fantasy fiction is a beautiful and complex genre in literature. Fantasy novels often consist of stories that are very creative, imaginative, and magical. Unlike any other literary genres, fantasy novels can talk about things that may not exist in reality but are still conceivable by the imagination.

Daughters of Twilight by Collette Jackson-Fink is an example of a novel that brings something extraordinary and magical to the minds of its readers. As an overview, this novel contains a story about a town that is bothered by the appearance of a dark, hulking, pyramid-shaped tower on a cornfield after a strong earthquake. In this tower, which the town calls as the ‘Black Tower’, a member of a special tactical team finds a strange but lovely supernatural being, which is believed to be an angel cast down into oblivion within the Garden of Eden. Overall, Daughters of Twilight offers a stirring narrative that combines mysterious, magical, and otherworldly elements together.

If you wish to write your very own extraordinary and magical fantasy story someday, then this article might be a help to you. Below are some of the most essential things to avoid when writing a fantasy fiction novel like the Daughters of Twilight.

Originality is very important in writing a novel. Most readers often look for something unique when choosing a book to read. Because of this, the first and most important thing that you should do, as an author, is to ensure that the story that you are writing is something that is distinctive and can stand out from the others. To do this, you need to avoid using overused story tropes as much as possible.

Especially when you are writing a fantasy fiction novel, it is necessary that you always aim for originality and uniqueness. Bring something fresh to the table. Avoid having your story become a watered-down version of someone else’s work. Remember, fantasy fiction novels are meant to be fun, and there is absolutely no fun in reading a story that has been told countless of time already.

Another important thing that you should avoid when writing a fantasy fiction novel is the use of cliched fantasy characters. These types of characters are quite common, and they can be seen in hundreds or thousands of fantasy stories. Popular examples of these cliched characters include a boy prophesied to take down the villain, a main character who has unparalleled strength, a lost child from a royal family, and more. The list can go on since there are still numerous authors who tend to recycle characters in their stories.

To be brutally honest, these characters can become pretty boring to read, especially when the process of writing and recycling them over and over again does not stop. As time goes by, fantasy stories with cliched characters will no longer be able to bring a sense of adventure and entertainment to their readers because the outcomes of their characters may already become quite predictable.

Fantasy novels usually revolve around magical powers and supernatural occurrences. Their common goal is to create stories that are imaginary and extraordinary – stories that would leave the readers in awe and foster their imagination. To put it simply, fantasy novels are often anchored on make-believe stories. Despite this, however, the use of logic still remains to be largely important when writing a story under this genre.

This is one of the essential things that you should avoid when writing a fantasy fiction novel – to write about magical elements that do not follow logical rules. The genre of fantasy fiction gives you so much freedom to write about anything that you want. However, in the process of writing your novel, you should always consider how the readers will react upon reading your story. By not being logical in your story, you are putting your novel at risk of being confusing, over-dramatic, and unrelatable. Clarity and relatability are very important in a story. So, if you want your fantasy novel to be well-accepted, you need to be a logical fantasy author.

Overall, writing a fantasy fiction novel can be very fun, as the fantasy genre generally gives it authors so much creative freedom. They can write stories that are often unthinkable or unimaginable under any other genres. Collette Jackson-Fink’s Daughters of Twilight, with its concept of ‘Black Tower’ and supernatural characters, is a manifestation of how creatively and imaginatively far authors can go with their fantasy stories.

Nonetheless, despite a great creative freedom, there are still some things that fantasy authors need to consider or avoid to make their stories more interesting and less absurd. To put it altogether, originality, creativity, and logic are some of the most important things that authors should keep in mind to write a great story under a genre that is as complex but beautiful as fantasy fiction.