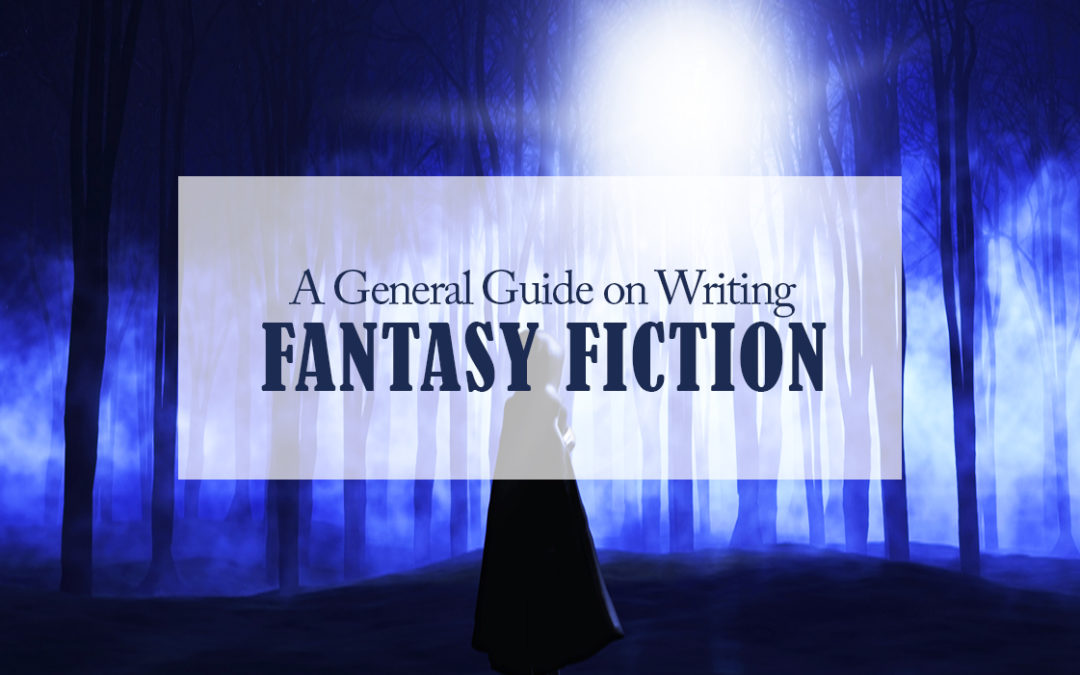 Collette Jackson-Fink is a keen enthusiast of literature. She has been writing short stories, poems, and screenplays since she was 13 years old, but it was only in 2013 that she decided to write and publish her first ever novel entitled Daughters of Twilight, a fantasy fiction book with a mix of action and science fiction. Its story revolves around the little city of Waterloo, Iowa where a mysterious ‘black tower’ suddenly appears after a magnitude 7.0 earthquake has hit. This black tower then creates curiosity and chaos inside and outside the city, which is even made worse by the appearance of an oddly beautiful creature who claims to have been casted down from the Garden of Eden.

Aside from Collette Jackson-Fink, the fantasy genre of literary fiction is full of other imaginative authors who have an eye to creating bizarre stories. As a matter of fact, fantasy fiction is a continuously growing genre. Its elements are getting more diverse, and its stories are becoming more interesting. If you are an aspiring author who wishes to write fantasy stories like Collette Jackson-Fink, then this general guide on writing fantasy fiction is perfect for you. The tips given below will help you come up with an engrossing and striking fantasy novel.

Include a map in your story

Many well-known authors of the fantasy genre include maps of their fantasy worlds in their books to help readers imagine the setting of their stories. George R. R. Martin, for example, created a map of Westeros and the rest of the known world in A Game of Thrones to immerse the readers further into the story, and help them follow through it easily. In essence, creating and including a map in your story can be quite useful, as it helps clarify the understanding of your readers, especially if your fantasy world has multiple different locations or if a journey from one place to another takes place. It is also a way to incline your readers artistically.

Set the time frame of your story

Time or period is an important element of fantasy fiction. A fantasy novel has to be set in a specific timeframe because the characters and the setting the story entirely depend on it. If your fantasy novel is set in the future, then you need to make it evident in your writing – revolve your story around technological breakthroughs or developments, for example. On the other hand, if your novel portrays a historical era, then your timeframe should represent a primitive society or any ancient element distinct to that period. Regardless of whatever it is, just make sure that you consider timeframe in building the setting of your fantasy story.

Clearly describe the cultural and social setting of your world

Describing the cultural and social setting of your fantasy world provides you with a great opportunity to use your imagination. These cultural and social settings basically contain the specific details and elements that make your world distinct and running. When writing your fantasy story, make sure to pay attention to such details as the common cultural practices, the political system, the history, and more. Aside from this, you should also make consistent rules for your fictional world. For example, if the characters in your fictional world are all wizards with magic, then establish such fact or rule all throughout your story. Do not make sudden changes, as doing so may tend to confuse your readers.

Characters are another important element of fantasy fiction. They are the ones who make the stories of alive and compelling. However, to make your stories more appealing, you need to come up with distinct and unique characters that can pique the interest of your readers. Since this is fantasy fiction, it may be necessary for you to create mythical creatures. Supernatural elements and non-human creatures are the keys to so many fantasy stories. The most common mythical creatures in fantasy stories include aliens, mermaids, and wizards. However, if you want your fantasy novel to stand out, you should try creating your own mythical creature. Doing so will also allow you to practice your creative freedom.

Create an outline of your overall story

Once you have settled the setting, timeframe, characters, and all the other fundamental elements of your story, it is already time to outline everything in the sequence. Creating an outline before writing is quite helpful in organizing the general direction of your story, especially since fantasy stories tend to include a lot of twists and turns. Outlining will allow you to analyze these twists and turns, and can help you veer away from making your story run in circles. To help you begin, you can use bullet points to draft the order of the main events in your story. This will make it far quicker and easier for you to write out your overall narrative.

Overall, writing fantasy fiction is all about playing with your imagination and utilizing your creativity. In writing a fantasy novel, the most important thing that you first need to do is to unleash the boundaries of your imagination. Do not hesitate to entertain your creative ideas. Remember, a good fantasy fiction novel is one that stems from an imaginative mind. Hopefully, the tips given in this article will help you jumpstart your fantasy-writing endeavor.